Introducing the Aro Podcast. Use code "Podcast" for one free month on your membership.

Many of us will spend the next week coming up with resolutions and habits we would like to develop, change, or break in the new year. Whether it’s putting down your phone to be more present, eating healthier, or exercising more, the science of habit formation says there are a few keys to sticking with them.

Our team doesn’t claim to be experts on habits, but we are quickly becoming experts on the experts of habits - reading everything we can find from experts such as James Clear, Charles Duhigg, Nir Eyal, Adam Grant, Justin Whitmel Earley, and so many more.

This week we share some of the concepts and methods from the best-selling book Atomic Habits by James Clear. These concepts have influenced the Aro experience that makes putting away your phone easy and fun so you can be fully present in the moment with the people who matter most to you.

It’s important to start by understanding the science behind habits. There are four stages of every habit, which James Clear visualizes in a habit loop. He summarizes it by saying, “the cue triggers a craving, which motivates a response, which provides a reward, which satisfies the craving and, ultimately, becomes associated with the cue. Together, these four steps form a neurological feedback loop—cue, craving, response, reward; cue, craving, response, reward—that ultimately allows you to create automatic habits.”

Clear goes on to translate each of these stages into practical ways to create good habits.

Let’s use Aro as an example for this:

Make it obvious: The Aro Home device is beautifully designed because it has to be seen to be used. It is a visual cue. We get asked all the time, “Couldn’t I just use a shoebox?” Of course, you could…but would you keep a shoebox on the kitchen counter? Based on the number of shoeboxes we’ve seen on counters, we are quite sure the answer is, no. It’s not limited to the Home device. The Aro app provides cues to be intentional and put down your phone. The app sends nudges and reminders to take breaks from your phone and to be present.

‍Make it attractive: He isn’t talking about making the device beautiful. It’s about making the feeling of wanting to put your phone away so irresistible that you want to do it again and again. Clear says one of the best ways to do this is to join a group where your desired behavior is normal and praised. We’ve found this is one of the biggest keys to being intentional with Aro. You are much more likely to “Go Aro” if everyone in your house is doing it and you are motivating each other along the journey.

‍Make it easy: Friction is the enemy of habit formation. If it’s harder than it needs to be, you aren’t going to stick with it. Aro is frictionless. Your phone automatically connects to the Aro Home device when placed inside. You are immediately getting credit for that time away without doing anything other than placing your phone inside.

‍Make it satisfying: Clear says simply, “What is rewarded is repeated.” The Aro app celebrates when you take international time away from your phone, shows you data on how you are progressing, and even sends you celebratory GIFs when you hit your goal each day. Back to the shoebox, you get no credit or reward for putting your phone in a shoebox. All of these things are great, but the real reward is what happens when you put your phone away - a phone-free family dinner, a great conversation with a friend, reading a book, or even just a good night’s sleep.

The Importance of Tracking Your Progress

‍James Clear is a proponent of measuring your progress with a habit tracker because one of the keys to sticking with a habit is to track it. Running is a great example. A Garmin watch gives you data on how far you run, your speed, effort exerted, and how often you run. No one becomes a great runner overnight, but tracking your progress motivates you to continue running and also provides some immediate satisfaction after a run (see above - “Make it satisfying”).

The Aro app is a habit tracker for being intentional with your time and being present in the moment. It reminds you to take intentional time, measures time spent away from your phone, shows you data and insights on the progress you are making, and celebrates your success when you do take that intentional time.

If you are serious about creating a new habit this year, we strongly suggest reading Atomic Habits. And if one of those habits is being more present and using your phone less, Aro is here to help. 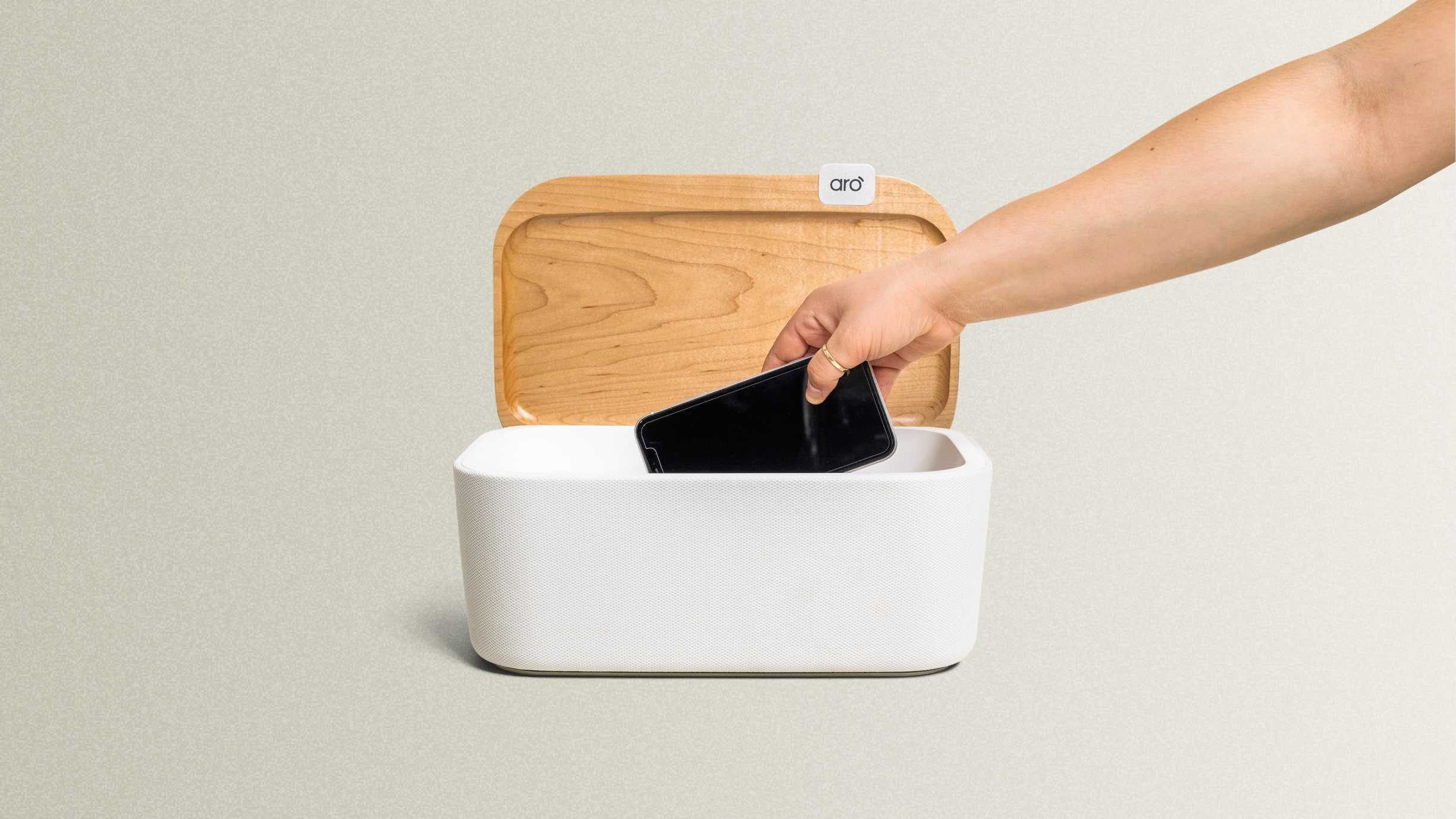 Half the Year off My Phone - January Recap

25 ways to reduce screen time according to ChatGPT 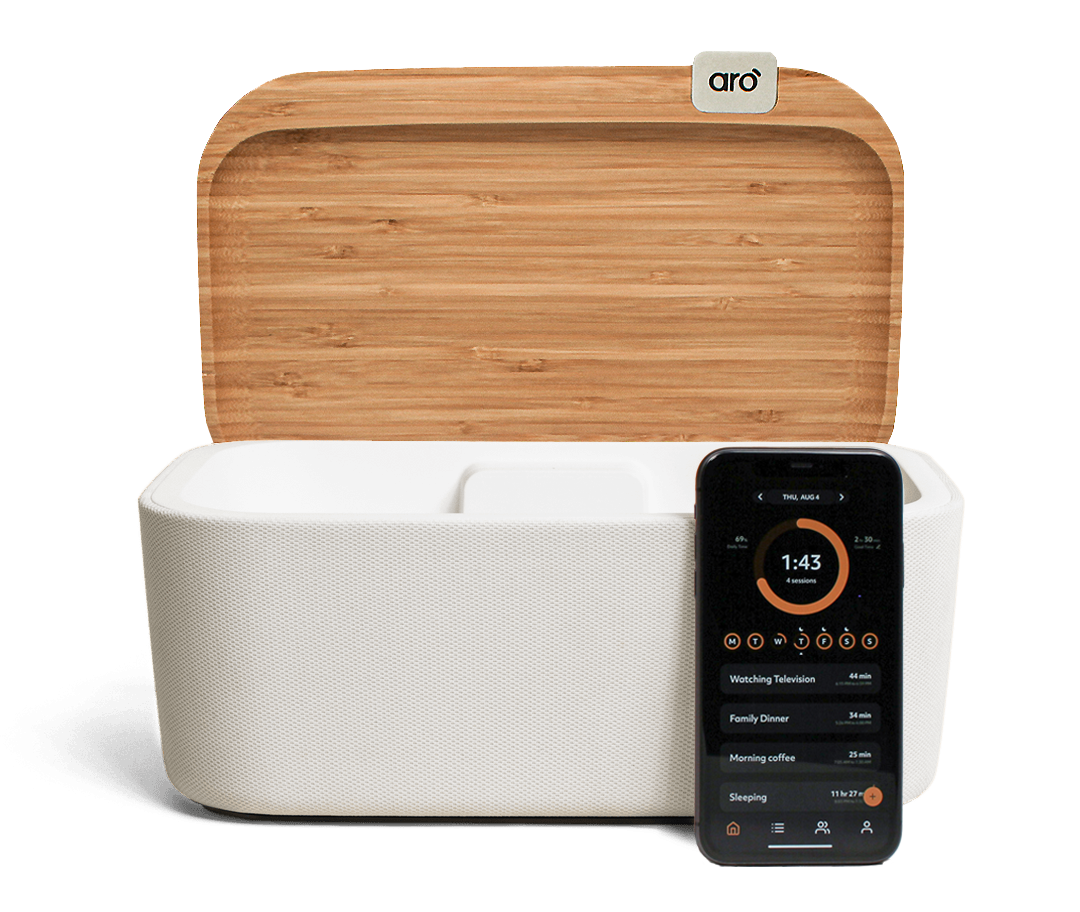